Showing himself to once again be a man befitting many a venue, Philly comedian CHIP CHANTRY debuts his newest monthly show FACE TIME tonight at HELIUM COMEDY CLUB. 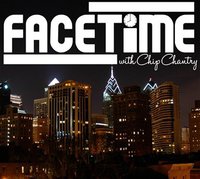 In what he’s billed as a “slightly skewed late-night format comedy variety show,” Chantry will feature local and national comedians presenting standup, sketch, video, music and anything else that might delight audiences.

In the premier show tonight, Chantry and his co-host / house band AMIR GOLLAN will welcome local standup fave AARON HERTZOG, TV’s MIKE VECCHIONE and what may well threaten to be the final swan song of beloved sketch duo MEG & ROB.

Do yourself a favor and check out this show now, so you can say you were a fan before it was cool (ETA: tomorrow morning).

Tonight the Shubin gets seriously funny

Looking for a solution to that stand-up fix? How about a little healthy competition? Well, tonight the PHILLY IMPROV THEATER has shows at the Shubin for whatever ails you… It all starts at 8PM, as they kick off five consecutive weeks of Aaron Hertzog’s HEY EVERYBODY!

Hertzog has quite a list of comedians on the bill tonight, including Billy Bob Thompson, Darryl Charles, Doogie Horner, John Kensil, Luke Giordano and Meg Favreau!

Tickets are $10, but if you use the password *FRIENDSHIP* at the door, you pay half. Because, hey, that’s the kind of guy Aaron is!

Then at 9:30 – new upstart JESSICA TANDY (Jessica Ross and Andy Moskowitz) look to unseat six time champs THE ONES YOUR MOMS WARNED YOU ABOUT in CAGEMATCH. Currently on an unmatched winning streak, will tonight be the night The Ones fall? Your votes decide! 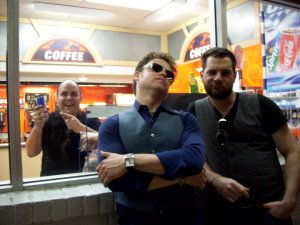 Current Cagematch Champs: The Ones Your Moms Warned You About

This weekend HELIUM continues in its quest to find this years PHILLY’S PHUNNIEST. With two weeks already under its belt, there’s already been more talent than you can shake a stick at, and there’s lots more to look forward to. The initial rounds continue clear through late August, and you can check out the full lineup for each week here.

Here’s a rundown of comics taking the stage this week:

There are some familiar names in there, as well as new ones. Head down to Helium to lend your support… and who knows, maybe get an early peek at this years winner.

If you were quick enough (like I was), Helium held a contest on Facebook this past Monday for free tickets. If not, $10 is but a paltry fee to take in some of Philly’s best and brightest. 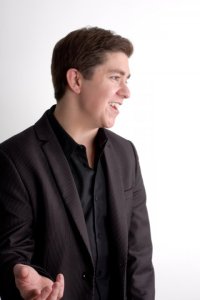 Performers this month include CHRIS COTTON & AARON HERTZOG. Be sure to get there early tomorrow night to sign up!

LUKE GIORDANO hosts comedy panel talk show THE BULLY PULPIT live tomorrow night as part of PHIT at the Shubin Theater. The monthly show features a rotating quartet of standup, sketch and improv comedians who discuss, debate, and argue over a selection of different topics ranging from the latest current events to pop culture to life advice and everywhere in between.

This month comedians JAMES HESKY, DARRYL CHARLES, AARON HERTZOG and BILLY BOB THOMPSON convene to not only offer their comedic exposition, but to celebrate Luke’s birthday… all with free beer and birthday cake!

You can get yourself in the mood by heading over to the new Bully Pulpit site and listening to the podcast from last month’s show.