After an exhaustive search considering over a hundred hopeful auditioners, PHILLY IMPROV THEATER has confirmed that it has finalized the selection of newest members for its house teams. While the full rosters for new teams currently codenamed SHADOWFAX and BRANDYBUCK have yet to be revealed (hint: keep your eyes peeled to WitOut – which, c’mon, you should be doing anyway) PHIT did provide PhillyImprov.com with the scoop on the latest with existing house team KING FRIDAY.

King Friday will be welcoming one new member to their ranks – LAURA ABERNETHY – known here locally as the head of Temple’s FOWL PLAY. 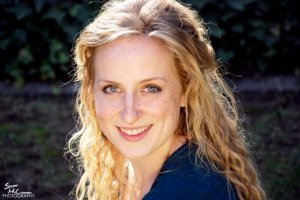 For director AMIE ROE, casting Abernethy wasn’t much of a choice at all. “In my opinion, Laura was one of the strongest, most confident players that I saw in this round of PHIT auditions.”

Laura, already a fan, looks forward to getting thrown in the mix. “I feel sort of honored to be considered a fit for the team. I’ve really enjoyed past performances and the places the cast members take the audience. These people have definitely earned my respect and admiration, so to stand amongst them is…thrilling!”

In being the lone auditioner to be cast for an existing team, Laura is eager to become part of that collective. “I guess you could say I like King Friday’s brain…and I’m looking forward to tapping in.”

Amie thinks she’s got just what it takes to do exactly that, “She seems to have a very character-driven style that I think will add a lot to King Friday. Also, her hair is beautiful, is it not?”

Keep a look out on King Friday’s blog and follow them on Facebook and Twitter to find out more about Laura’s incorporation into the group and to get the scoop on her first performance.