The PHILLY IMPROV THEATER has been on an impressive and unprecedented run of shows recently, and is keeping the momentum going tonight with THE BULLY PULPIT, hosted by LUKE GIORDANO followed by RANT-O-WHEEL, hosted by JAMIE FOUNTAINE.

For those unfamiliar with The Bully Pulpit, Luke invites a group of comics onstage to offer their insights on various topics. We’ve seen a who’s who of Philly comedic minds debate about love, hate, film, current events and just about anything you can imagine. On the docket for tonight’s show are comics JOEY DOUGHERTY, CAROLYN BUSA, H FOLEY and MATT MCCUSKER. Head on down, and laugh as they tackle the ins and outs of today’s pop culture and maybe offer a bit of advice on life.

Then stick around as Jaime and her special co-host ALEJANDRO MORALES spin the Rant-O-Wheel, letting the hand of fate decide what topics will be the subject of their comedic ire. Also… use the password ‘Alejandro’ and get half off admission!

We’ve been out of the loop over here through most of the Fringe and beyond. Now that we’ve sufficiently recovered, regular posts will resume next week. In the meantime, here are a few tidbits to check out…

Second Stories tonight at The Dive

We’ve come upon the second Tuesday of the month, and it’s time for another installment of SECOND STORIES hosted by the always charmingly endearing JAIME FOUNTAINE.

This month’s show is entitled Kill Yr Idols, an evening of stories about our heroes and “how they’ve failed us, redeemed themselves, and remained untouchable, even when touched.”

Featured storytellers include Jan Cohen, Ilana Heilweil reading the work of her husband Gregg Gethard and of course Fountaine herself. 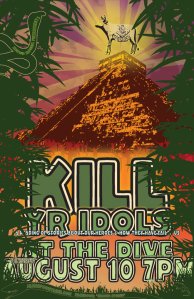 It’s the second Tuesday, and that means JAIME FOUNTAINE is back tonight at the Dive with another installment of the reading series SECOND STORIES. This month, it’s SECOND STORIES PUTS ON A COMEDY SHOW. 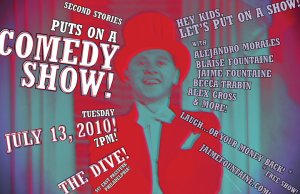 Nope, not the kind your mom and dad used to read to you… tonight Connie’s Ric Rac in the Italian Market will play host to Gregg Gethard’s highly praised comedy showcase, Bedtime Stories. Each monthly show has a central theme, and some of Philadelphia’s brightest and funniest take the stage with a mix of sketch, standup, video and other comedy segments.

Sometimes poignant, sometimes debaucherous; you never know what you might see at Bedtime Stories. This format and exciting unpredictability is what has keep the show fresh and growing… as it’s recently relocated to the Ric Rac after having outgrown capacity at it’s monthly slot in PHIT’s Shubin Week. 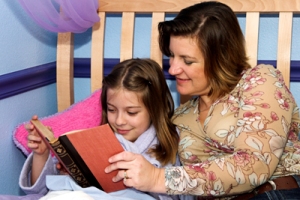 ABOVE DOES NOT APPLY TO TONIGHT'S SHOW OR TO ORPHANS

In addition to host Gregg Gethard, the show will also feature comedy from:

Tonight’s show will focus on the Workplace. When asked about the theme, Gethard’s reply was succinctly simple… “Working sucks. Period.”

And with such an open landscape for the comedians to pull from, we can feel pretty good that even though working may suck, this show certainly won’t.