Comedian MATT BESSER is best known as one of the UCB4 (along with Amy Poehler, Ian Roberts and Matt Walsh) – stars of the Comedy Central sketch show Upright Citizens Brigade and founders of the famed NYC comedy theater of the same name.

Next weekend, this “wickedly funny man” (The Onion’s A.V. Club) will be bringing his show Woo Pig Sooie to Connie’s Ric Rac, courtesy of the PHILLY IMPROV THEATER.

Raised by a Jewish father and Presbyterian mother, the self-proclaimed Athiest grew up in Arkansas (thus the titular allusion to the Razorbacks Hog Call) surrounded by extremes of religion. In his show, Besser puts religion squarely in his sights, observing the ways in which church and state intersect in comically disturbing ways throughout America. Charleston City Paper describes the show as a “hilarious and somewhat stream-of-conscioiusness combination of sharp social criticism disguised as religion jokes, stand-up, and storytelling.”

Complete with head-to-toe U of A garb , the comedian brings his one-man comedic rant to Philadelphia for one night only on July 23rd.

The next day, he will also be teaching a pair of workshops at the Adrienne… so for a benjamin, you can brush up with Besser yourself.

Advanced tickets and workshop information can be via PHIT’s website. 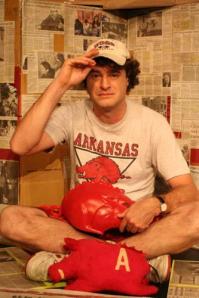 This Weekend: Adsit and Gausas at the Adrienne

The PHILLY IMPROV THEATER is putting on a special weekend of shows at the Adrienne, headlined by comedic super-duo, Adsit & Gausas.

SCOTT ADSIT is well known on both the UCB and Second City stages, and has a solid following with his work on the Adult Swim show Moral Orel. However in the last few years, he is most likely recognizable for his role as Pete Hornberger on NBC’s 30 Rock.

Philadelphia native CHRISTINA GAUSAS, named one of “The 10 Funniest New Yorkers You’ve Never Heard Of” by New York Magazine, has been seen onstage in groups like Gravid Water and Assscat 3000, as well on the small screen in featured appearances on Late Night w/ Conan O’Brien and Important Things w/ Demetri Martin. 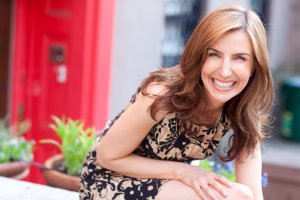 The duo brings their special hour-long one act of high-stakes improv to Philadelphia this weekend, which is highlighted by complicated and clever characters known to evoke both comedic and visceral reactions in audiences (TimeOut NY).

The shows on Friday and Saturday are anchored by the PHIT house teams, the Amie & Kristen Show and a special edition of Blind Troika.

The Upright Citizens Brigade Theatre has announced that the 11th annual Del Close Marathon will run from August 14-16, with over 150 shows playing across three venues.

The event was created in celebration of the late Del Close, a pioneer in the art of improvisation and an inspiration to generations of students:

“Del Close was the driving force behind improvisational comedy in Chicago for over 30 years influencing Bill Murray, Tina Fey, Mike Myers, John Belushi, Chris Farley and the Upright Citizens Brigade to name a few. After Del’s passing in 1999, the UCB started the Del Close Marathon to celebrate their mentor and keep alive his name and teachings for future generations.” 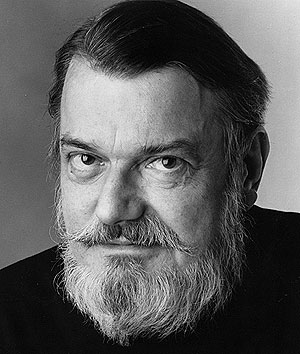 DCM is currently accepting submissions for shows. In particular they’re interested in out-of-town groups submitting late-night shows. The submission deadline is May 4th.

Tonight marks the start of another week of hilarity served up courtesy of the Philly Improv Theater. All shows will take place at the Shubin Theater, 407 Bainbridge St.

Tickets and additional information can be found at phillyimprovtheater.com

We’re coming up on another year of the Del Close Marathon. For the uninitiated, DCM is an annual three-day improv endurance test. The 150+ shows run around the clock at UCBT-NY and other stages from Friday afternoon until late Sunday night. There are so many shows and people and laughs that this marathon has been known to cure junkies of their improv obsessions.

“Del Close was the driving force behind improvisational comedy in Chicago for over 30 years influencing Bill Murray, Tina Fey, Mike Myers, John Belushi, Chris Farley and the Upright Citizens Brigade to name a few. After Del’s passing in 1999, the UCB started the Del Close Marathon to celebrate their mentor and keep alive his name and teachings for future generations.”

DCM will run a little later than usual this year. Running Aug. 8-10, it’s up against the DC Comedy Fest and the APW Music & Arts Festival (also NYC). So it should be interesting to see who we’ll have in attendance.

If you have a group that you’d like to submit to perform, all of the information can be found on their website.

But What About The Ty In Tybrus?

Sure we got Jon Gabrus’ take on Philly, but what about Justin Tyler? Oh, we’ve got that too:

By my count this is your sixth run of shows in Philly. What’s your favorite thing about the city?

JG: You guys keep inviting us back, and that is more than enough. We love the city, it is a 20 dollar Chinatown bus ride away and always a good time. (Greg) Maughan puts us up and puts up with us, and being able to do that is enough to make that guy a saint in the Tybrus bible.

You’ve done a lot of different divergent comedy with Tybrus – in addition to your sketch show, You’re Out Too Far, we’ve seen everything from monoscenes to complete freeform improv. What can audiences expect on this run?

JG: Great question, and probably something we can’t answer just yet. We will definitely be doing improv, as to exactly what form we do… That is a decision to be made on stage. We like to just go up there and see where that particular set takes us. Sometimes it is just a matter of ‘wanna do a monoscene tonight?’ ‘Yeah.’

JT: I completely agree. Most sets we just make a decision right before we go onstage, whether it be monoscene or some other specific form. Then we do our Panda Warm-up and then we’re on.

You both have other popular projects you work on – Pig Brooch, Fwand, Sidecar, UCBW, writing and acting… what is it about Tybrus that brings you back?

JG: Justin is my writing partner/neighbor/one of my best friends (and I just say ‘one of’ in case he doesn’t call me his best friend I don’t want to make things awkward). We are always hanging out together, he lives a block away in Brooklyn, and we are constantly working on writing projects together, and a plethora of drinking projects. We have all these other projects going on but they are side projects. We know where our bread is buttered.

JT: Michael Delaney of Stepfathers here in New York once referred to Billy Merritt as his ‘improv wife’, and that is the best way to describe the relationship Gabrus and I have. Which one of us is the wife is a matter for public debate. Gabrus is my best friend (Things are not awkward), we truly do live about a block from each other and see each other on an almost daily basis. The first improv scene Gabrus and I ever did together was a race between Superman and The Flash. That’s a cosmic alliance if I’ve ever heard one.

We see a lot of pretty crazy characters come out on stage. But when watching it’s clear there’s a level of personal investment – you own those characters as a piece of yourselves. Do you see a lot of your character work being autobiographical?

JG: It is safe to say that both of us are pretty crazy people on a very basic level. So all we have to do on stage is let our mask of sanity slip a little bit in a certain direction, and you have a fucking nutso character that is grounded in reality. Justin is a really talented actor and makes it look great/easy up there. But there is definitely a lot of ourselves or each other in our character work.

JT: To make a character real there has to be at least a little piece of them inside of you, even the ones that wear other people’s skin on their faces. Gabrus is two kinds of machines, optimized for your benefit: an idea machine and a commitment machine. Our characters can get crazy because of the unique and grounded environments that they live in.

We’ve also seen a lot of crazy coming out off stage. How much of what you do on stage carries with you when you leave?

JT: It all comes off with you and Gabrus and I have made it our personal quest to live out every improvised moment we create on stage. Especially our characters drink a lot and then take off their clothes.

JG: To be 100 percent honest this question can pretty much answer every other question. Why do Justin and I work together because we both are fucking nuts. It is so rare that you bump into someone in life whose sense of humor lines up almost totally with yours, and then also their outlook on life, and how they act in public is very similar.

JT: We’ve both performed with a lot of different people but we always come back home. Someday we’ll both live in a tiny bungalow in Key West, watching re-runs of Dawson’s Creek all day, writing a joint memoir that involves jail time. And our wives will be there too.

JG: We were meant to perform together or at least fight each other in a bar.

JT: We may be doing both this weekend.

Justin Tyler is a writer and actor in New York City, and a member of the late UCB Harold team Havana Clambake. He is a founding member of sketch/improv groups Cubicle and Sidecar, which perform regularly all over New York. Justin is a monthly contributor to Jest Magazine and the artistic director of Pig Brooch Inc., a New York based theatre company, which produced his play, Happy Mundanes, in the 2004 New York International Fringe Festival.